I Got Locked in the Bathroom 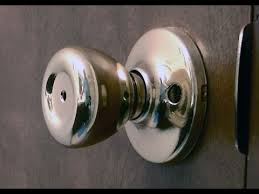